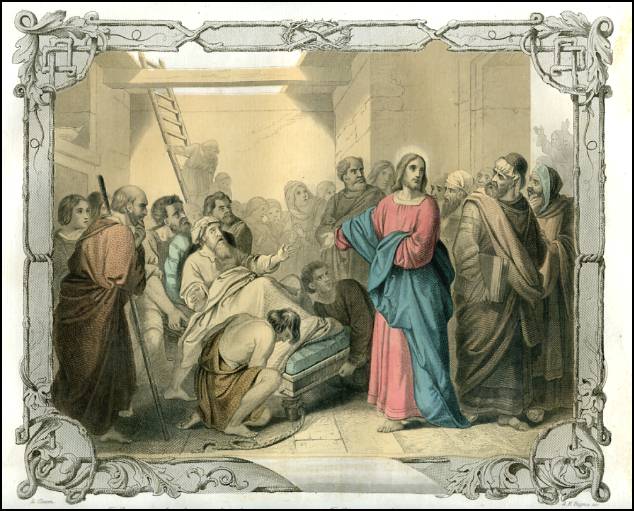 However, the much more positive perspective on the miracles of Jesus is that they often led to faith (as was their

design).  When the man born blind received his sight in John 9, he said, “I believe.”  And he worshiped at the feet of

Jesus (John 9:38).  When the lame beggar outside the temple was healed, he went out walking and leaping and praising God (Acts 9:8).  Such is God’s design for his miracles.

Undoubtedly, the skeptics and unbelievers will persist in denying the presence of miracles.  Jesus had his skeptics, as did C. S. Lewis nearly two thousand years later.  No one will ever prove the existence of miracles to everyone’s satisfaction, but the believer will hold to their reality with the vehement certainty of a mother who knows her own child.  Why?

The believer owes his very own spiritual existence to a miracle.  The plainest evidence to the believer of the reality of miracles is his own spiritual awakening to Christ.  Jesus tells Nicodemus that this spiritual awakening is a new birth, wrought by God (John 3:3, 21).  The Apostle Paul says that faith comes as a gift to the believer who is made alive by God’s hand at work, not as a result of man’s efforts—so that no one may boast before God (Ephesians 2:1-10).  Every believer is a walking testimony to the reality of a miracle of grace.

A monthly publication called The King’s Business (published by Biola from 1910 – 1970) once told the story of the atheist Joseph Parker.  Upon his visit to a mining town in the north of England, Parker proudly lectured the crowds repeatedly on why it was foolish to believe in God and to believe in miracles.  After satisfactorily completing his eloquent refutation of the Christian faith, Parker prepared to leave the crowd to ponder how well he had demolished belief in Christ.

A poor, dirty man in grimy, mining clothes stood up and offered his own simple reply to Parker’s polished unbelief.  Reportedly, the man said, “Sir, I’m only a working man, and I don’t know what you mean by the word ‘myth.’  But can you explain me?  Three years ago I had a miserable home; I neglected my wife and children; I cursed and swore; I drank up all my wages. Then someone came along and showed me the love of God and of His Son Jesus Christ. And now all is different. We have a happy home; I love my wife and children; I feel better in every way; and I have given up the drink. A new power has taken possession of me since Christ came into my life. Sir, can you explain me?”

Every Christian believer stands as an apt refutation to the skeptic’s denial of miracles.