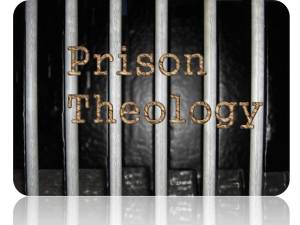 Do you know any bad prison stories? If you’ve ever seen The Shawshank Redemption, then you have heard of at least one bad prison. My guess is that you know of several others, too. Ever heard of Alcatraz, that eerie, isolated mass of prison rock sitting about a mile and a half offshore in San Francisco Bay?  And what about Abu Ghraib? Who hasn’t heard about the atrocious behavior of American soldiers in that Iraqi installation?

We seem to have a fascination with scary prison stories. Growing up in Louisiana, I would get shivers at talk of Angola—the largest maximum security penitentiary in the U.S.  Its history is strewn with stories of swamps and stabbings and serial corruption. It was the home of the dreaded “Gruesome Gertie,” an electric chair transported from parish to parish throughout Louisiana to carry out executions.

Prison stories typically capture our attention. But sometimes terrible prison stories never get told. Consider the small, desert country of Eritrea, located in the Horn of Africa, along the coastline of the Red Sea.  One of the worst human rights atrocities of our day is currently taking place in the Me’eter Prison there, with the full knowledge of the watching world. And you have likely never heard of it.

Me’eter Prison was opened in 2009, basically, to serve as “a concentration camp for Christians.”[1]  The atrocities described here have been documented by WikiLeaks since 2011.  Inmates are forced to live in cargo containers so crowded that the prisoners never have enough room to lie down. They have no protection from the searing heat during the day (often exceeding 110 degrees Fahrenheit) and no recourse from the cold at night. Arid desert climates can experience 50 degree temperature changes from day to night. Inmates may die from starvation, dehydration, heatstroke, cholera, diphtheria, or other infectious diseases.

The inmates who survive the deplorable conditions are subjected to other forms of torture and abuse. Stories abound of sexual abuse and physical beatings. Even the work and exercise prescribed are forms of torture—such as counting the grains of sand in a certain area during the noonday heat or squatting to move rocks from one side of your body to the other, repeated endlessly.

French revolutionary Regis Debray argues that such abuse falls into the blind spot of western academics and media elites. The atrocities at Me’eter are documented in books, on WikiLeaks, via internet sources, and through activists like gospel singer Helen Berhane, herself an inmate at a prison in Eritrea from 2004-2006, because of her faith in Christ.  The information is available for those adequately concerned, but who is concerned about persecuted Christians?  Certainly not the UK Border Agency.  Helen Berhane was scheduled to speak to a Release International gathering in the UK on behalf of other persecuted Christians, but she was denied entry by the UK Border Agency.  Parliament passed unanimously Early Day Motion 1531 in support of Berhane (and condemning the Border Agency decision), but Berhane was not allowed entry to tell her story in person.  And Christians still languish in putrid prison conditions in Eritrea on account of Christ.  Who cares?

Fortunately, there are a growing number of Christ’s people who care. One group that has been active on behalf of suffering saints in Eritrea is Church in Chains, a ministry to the persecuted church operating out of Ireland.  Maybe you and I could find out more about Christians in prison and tell others about them. We could pray for suffering Christians and advocate on their behalf–for Christ’s sake.