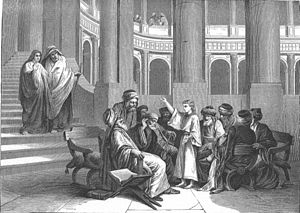 This article is part one of a three-part defense of miracles.

Against the backdrop of growing skepticism in Britain and the west, C. S. Lewis wrote an important little treatise in

defense of miracles.  As the progress of science became more and more intertwined with Darwin’s evolutionary schemes of human origin, philosophers and academics became less and less comfortable speaking about miracles.  Yet, Lewis stepped in and placed before the world a stunningly clear explanation and defense of miracles.  Lewis wrote, “Miracles are a retelling in small letters of the very same story which is written across the whole world in letters too large for some of us to see.”

The point Lewis made, of course, is the same one made by the psalmist nearly two thousand years before him: “The heavens declare the glory of God, and the sky above proclaims his handiwork. Day to day pours out speech, and night to night reveals knowledge” (Psalm 19:1-2, ESV).  What the stars sing in the background, the miracles recite specifically.  God speaks plainly through creation, but not all people listen to what is being said.  So, God speaks even more plainly through miracles. But what do the miracles say?

The miracles say that God is at work among humankind.  In John 3, Nicodemus affirms what was commonly believed among the religious leaders of Jesus’s day.  The miracles of Jesus were a clear sign that he had come from God, for no one could do such miraculous signs, “unless God is with him” (John 3:2).  When Peter preached his great sermon at Pentecost, he, too, affirmed what Nicodemus knew—that Jesus was a man who was attested to by God with mighty works and wonders and signs (Acts 2:22).  Nicodemus, like both the Apostle Peter and C. S. Lewis who came after him, was convinced that miracles indicated the near presence of the living God.  The miracles of Jesus make plain that Jesus Christ himself came from God.

Jesus taught his disciples that miracles were designed to confirm his identity as the Son of God. After John the Baptist had been thrown into prison by Herod, he sent his own followers to Jesus in order to confirm that Jesus was in fact the Messiah sent to earth from Heaven.  One can understand John’s concern. He was, literally, about to lose his head for the cause of Christ. He needed to be sure that Jesus was, indeed, sent from God.

To confirm his own identity (and to put John the Baptist at ease), Jesus reported to John’s followers that they had already seen enough of his miracles to conclude that he was from God.  Luke reports that at the very same time the followers of John came to inquire of him, Jesus was healing diseases, casting out evil spirits, and giving sight to the blind (Luke 11:21).  Jesus told the followers of John to go back and report to their master all the miracles they had witnessed.  In short, Jesus appealed to his miracles as support for the presence of God in his ministry.

Jesus made clear that his miracles demonstrated the presence of God at work.  Yet, some viewed the signs and wonders of Jesus as evidence that he was a false prophet.  Though no one doubted whether or not Jesus was performing miracles, some—like the Pharisees—were certain that the miracles condemned his ministry rather than affirmed it in the eyes of God.  This condemnation sounds strange at first, but when one understands the Old Testament instruction on miracles, he can see what it was that caused the Pharisees to stumble in the matter of the signs and wonders of Jesus.