A group of Protestant preachers appears to be picking a fight with the IRS this election cycle.  According to this Fox News article, more than 1,000 preachers have pledged to participate in an October 2012 campaign sponsored by the Alliance Defending Freedom (formerly known as the Alliance Defense Fund). 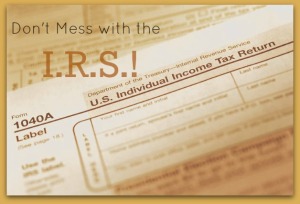 intentionally violate the IRS code for religious organizations.  Since 1954, the code has had the effect of muzzling preachers and preaching in relation to anything political. For instance, the code states (on page 8) that preachers,

“…must avoid any issue advocacy that functions as political campaign intervention .  Even if a statement does not expressly tell an audience to vote for or against a specific candidate, an organization delivering the statement is at risk of violating the political campaign intervention prohibition if there is any message favoring or opposing a candidate.  A statement can identify a candidate not only by stating the candidate’s name but also by other means such as showing a picture of the candidate, referring to political party affiliations, or other distinctive features of a candidate’s platform or biography.”

So preachers can’t critique a candidate’s platform or biography? These seemingly overreaching regulations would prevent a pastor from discouraging parishioners away from the Democrat party on account of the national party’s platform calling for abortion and the dissolution of traditional marriage. While one might wonder why a pastor would want to be so political as to call for opposing one of our two major parties, one may also wonder why a pastor cannot—on the basis of the position statements on issues like abortion and traditional marriage—encourage his congregants to vote in accordance with their highest values.

The Alliance Defending Freedom hopes that pastors will follow through with their pledges and specifically oppose a candidate in this election cycle so that the IRS will revoke tax exempt status or take some other legal action. Then, the Alliance will, in turn, sue the IRS and force a court hearing on the subject. The Alliance is confident that the code (never approved as law) is not constitutional and has shut down the free speech of pastors and pulpits across America.

I am curious what your thoughts are on this matter. Should pastors pick a fight with the IRS?  I could see Christians arguing both ways on the issue.  Think about examples in the Bible.

On the one hand, Jesus was marched out and accused unjustly before His government accusers, yet remained completely silent, while, on the other hand, John the Baptist, seemingly unprovoked, took a governing official to task for his personal infidelity (King Herod’s taking his brother’s wife). Herod had John beheaded for his preaching. Why did Paul call for the Roman officials to come and escort him from jail personally (Acts 16), rather than taking his release and getting out of Philippi? At times, Christians go meekly as good sheep; at other times, they seem to provoke the governing authorities. Which time is this with the IRS?

10 thoughts on “Should Preachers Mess with the IRS?”