The Family Research Council is calling on Christians to pray for those who are filing lawsuits against the Health and Human Services mandate. The mandate—which is part of the Patient Protection and Affordable Care Act (Obamacare)–states that all employers must provide “preventative” care to all women.  The word “preventative” must be put in quotes because the Obamacare definition of the word is misleading.

When it comes to providing contraceptives in healthcare, the word preventative is a reference to preventing pregnancy, right?  In Obamacare, the meaning of preventative 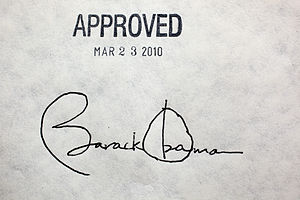 is twisted like a Chinese acrobat to mean preventing children from being born. The HHS mandate in Obamacare calls on all employers (Christian, Muslim, Roman Catholic, Jewish) to provide both contraceptive drugs and abortifacient drugs. Contraceptive drugs prevent babies from being conceived (preventing pregnancy), while abortifacient drugs prevent babies (who have been conceived) from being born. That is an enormous difference and an unbearable burden for the conscientious believer who believes in the sanctity of human life.

The Obamacare mandate expects all employers to fund abortion-inducing drugs.  President Obama’s view on abortion is extremely liberal, even to the point of allowing infanticide (which is killing or “allowing” babies born to die). Sadly, such views are now enshrined in our law and are imposed upon Christians who run businesses.

Thankfully, about thirty Christian employers have filed lawsuits against this injustice. One case (the O’Brien case) has been thrown out by a federal judge who does not believe that providing baby-killing drugs is a substantial burden on the employer.  Hopefully, the other cases (like Hobby Lobby and Tyndale Publishing) will fare better in the courts.

Some Christians would prefer to stay above the fray, as though there is a pristine approach to living Christianity without becoming embroiled in politics. I think such an approach is un-loving and too aloof to be considered gospel-worthy.  We are called to be salt and light. Failing to challenge injustice takes the sting out of our salt and the brightness out of our light. There are three reasons Christians must fight the injustice of Obamacare.

First, this injustice defies God. If anything, God is the God of life. He is the consummate life-giver. Every living thing is God’s personal creation (Genesis 1; John 1).  Every living creature gets his breath from God (Acts 17:28; Hebrews 1:3).  Jesus repeatedly referred to Himself as the life (John 11:25; John 14:6). God is decidedly pro-life. Death is a curse which entered because of sin (Genesis 3); and murder is the work of the evil one himself (John 8:44).  Abortion does not prevent pregnancy; it prevents a conceived human baby from being born. It kills a baby. That is not from God.  Abiding quietly by the practice for the sake of not “being political” is cowardice in the face of innocent children being slaughtered.

Second, Christians must fight this ungodly mandate for the sake of the 3,000 souls which enter eternity every single day through abortion.  Phil Keaggy wrote an apropos song which simply asks, “Who will speak up for the little ones?”  If not Christians, then who?  Those who know the author of life must speak for the little ones who do not yet have a voice.

Third, the view that Christians should not engage in political issues fails to understand the significance of being a Christian in America. Religious liberty is a fundamental (First Amendment) right for Americans, including Christian Americans.  Though Christians are to be first and foremost citizens of the Kingdom, we are also—at the same time—citizens of the USA.  As a result, we serve as standard bearers for freedom in the world. When freedoms are lost in the USA, they are also lost also in Pakistan, Nigeria, Libya, China, and North Korea.  We have a responsibility to the world. If freedom falls here, it will fall everywhere. It is the United States of America which tells the world that people should be free to worship and serve according to dictates of their own consciences. If we stop telling the world that people should be free, then who else will? The U.N? China?

In my opinion, we should be in prayer for those filing lawsuits against Obamacare and its ungodly mandate to fund abortion. We should pray that justice would prevail and that babies would be saved and that Christians around the world would be free to live out the gospel for the sake of humankind.

One thought on “Christians Should Fight Obamacare (and the HHS Mandate)”