Few evangelicals would argue against the primacy of preaching Christ in Christian ministry. We evangelicals preach Christ. As we preach Christ, we do so with an expectation of benefit to our hearers. Through the preaching of the Word of Christ, the lost are saved. Paul tells us that this is in fact the way sinners get saved (Rom 10:14-15). 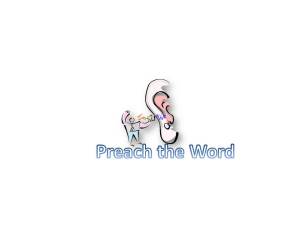 In addition, believers get edified, instructed, and trained in the way of righteousness when Christ is properly preached, according to the Scriptures (2 Tim 3:16). There are untold, eternal benefits rendered through the preaching of the Word of Christ. Little wonder, then, that evangelical preaching books focus on the positive side of preaching, the side of preaching in which hearers are enlightened and continue walking in the light.  Every good preacher practices his homiletical craft for the benefit of those who hear him.

Nevertheless, holding merely a beneficent view of Christian preaching is slightly askew from the biblical portrait of those preaching Christ. Consider the fate of biblical preachers: James was killed (Acts 12). Peter and John were beaten.  Paul was stoned and repeatedly imprisoned. John was exiled. And Christ was crucified.

Where many contemporary preaching texts read like primers on how to win friends and influence people, the Bible—the original preaching text—expects preachers to make enemies as well as friends. “If they hated me,” Jesus told his disciples, “They will hate you also” (John 15:18-25). In Acts 14:19-23, Paul is stoned and left for dead after preaching in Lystra. He and Barnabas then moved on to Derbe and other places, teaching the disciples along the way: “Through many tribulations we must enter the kingdom of God.”  Biblically speaking, the work of a preacher may be rewarding, but it is not necessarily safe. As Calvin said centuries ago, “But in every age the prophets and godly teachers have had a difficult struggle with the ungodly, who in their stubbornness can never submit to the yoke of being taught by human word and ministry.”[1]

Why is preaching such a precarious profession? Two simple reasons: the presence of Jesus and the person of Jesus.

Jesus is present in authentic, biblical preaching. Whether one ascribes to Luther’s concept of the Word or Calvin’s sacramental explanation of proclamation, the truth abides: Jesus Christ is present with his people through the preaching of His Word.  “The Word—faithfully preached—is Christ’s Word or voice, and an offering or presentation of Christ himself.”[2] This truth was clearly displayed by Christ Himself, as He taught His followers that His sheep would hear His voice, know His voice, and follow His voice (John 10). Christ also left His followers with the sure promise of His presence with them throughout the church age (Matthew 28:20). Christ will never leave nor forsake His people. He is now (as always) present with His people.

Christ’s presence now (as always) provokes persecution. Christ taught His original followers that persecution would continue on account of Him (Mat 5:10-12; Jhn 15:21).  Christ told the disciples He would send the Holy Spirit as a helper to be present with them. This Holy Spirit (while helping the disciples) would also convict the world concerning sin, righteousness, and judgment. (More will be said of this righteousness in part two).

The point for now is to say the presence of Christ is every bit as divisive now as it was in the first century because (a) Christ is still present with His people, particularly through the preaching of the Word, and (b) because the world has not changed, it is still fallen, along with those unbelievers who remain under the curse of sin and death. If the unbelieving world persecuted Christ when he walked physically on the earth, they will now persecute His followers with whom He remains present until the day of His return. The presence of Christ in preaching provokes persecution.

…Part Two of this article will consider the person of Jesus in preaching.

[2] See “The Real Presence of Christ in the Preaching of the Gospel: Luther and Calvin on the Nature of Preaching,” by J. Mark Beach,  http://www.midamerica.edu/resources/journal/10/beach.pdf

4 thoughts on “The Dark Side of Preaching”