More than five decades ago, Eberhard Bethge, a close friend and biographer of Dietrich Bonhoeffer, lamented the manner in which Protestants neglected the study of martyrs. He offered two basic reasons for such neglect:

Protestants deplore the martyr worship present in part of the Catholic tradition. And Protestants are a bit squeamish emotionally when it comes to thinking about suffering on account of Christ. 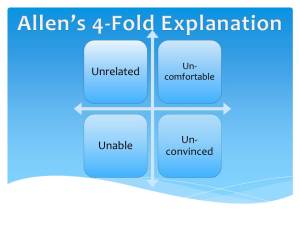 Obviously, I have over-simplified Bethge’s two points. This post is not attempting to be technically precise concerning why the study of persecution and martyrdom is still neglected by Protestants.  Instead, my aim is simply to show that the problem pointed out by Bethge is still haunting us today.  Recently, John. L. Allen bemoaned the lack of persecution studies among Christians.

While Allen notes the easily explained absence of reporting on Christian persecution by secular outlets, he has a harder time explaining the absence of reporting by Christian sources.  Allen offers four possible reasons Christians aren’t tracking the suffering of brothers and sisters around the world. (1) Christians in America and in the West simply don’t identify with the persecuted church. How can an American Christian relate to someone like Christianah Oluwatoyin Oluwasesin, who was beaten and burned to death because she was a Christian teacher in a Muslim school in Nigeria?  We have a very difficult time relating to what seems so fantastic and so unreal; thus we aren’t sure what to do with the information once we find it. More important, we don’t go looking for it in the first place.

(2) Another reason Christians are silent instead of investigating, reporting, and researching Christian persecution is that the topic itself is disconcerting. By nature, persecution challenges shallow faith and comfortable Christianity.  From my own experience as an advocate for the persecuted church over the past 15 years, I can affirm that many Christians—including pastors—are not comfortable hearing about persecution. While from a doctrinal perspective, we decry health-and-wealth, prosperity preaching, we, too often, actually prefer a Christian experience that is comfortable and safe for the whole family. Why confront a problem if it makes us so uncomfortable? It’s easier to leave the matter alone.

(3) Christian persecution is a neglected topic of study and research because it requires hard work and serious resources to investigate and ferret out the details of the incidents, and, often, incidents happen in places difficult to reach. Christian entities in the West tend to use their resources in other ways and cannot fathom expending exorbitant amounts of cash to study persecution on the islands of Indonesia or in the sub-Saharan countries of Africa. Christian resources are limited.

(4) Christians also suffer the malady of “good cause” fatigue. Because no one is talking much about persecution, it gets displaced by other, more celebrated Christian causes: evangelism, missions, unreached people groups, church planting, church growth, pro-life issues, and other political concerns. In short, persecution isn’t really on the American Christian radar as a church priority.

So, for all these reasons—and probably others which have not been mentioned—Christian persecution research is lacking. What other reasons might explain Christian neglect of persecution studies?

6 thoughts on “Why Are Christians Neglecting Persecution Studies?”