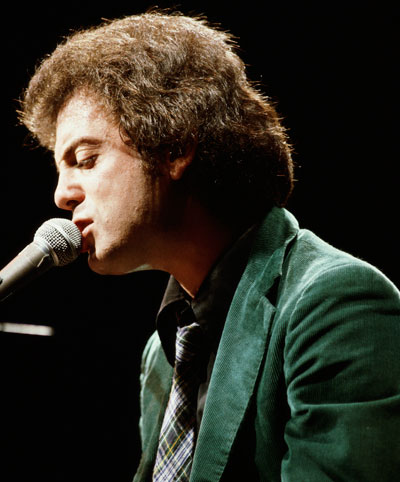 The sinners are much more fun—only the good die young!”

Overlooking his obvious false dichotomy between saints and fun and his full-throttled embrace of sin, we can give Joel credit for seeing something that many sinners and saints equally miss: Saints and sinners are two distinct groups of people. In this distinction, Billy Joel is being quite biblical.

These two categories, in fact, are biblical categories by which all of humanity can be divided.  The Bible makes this distinction in various ways: darkness/light; believers/unbelievers; children of God/children of the devil; and saints/sinners.  The New Testament does not call Christians sinners.

Did you hear that?  Christians are not addressed as sinners by the writers of the New Testament.  Christians are called saints. See Paul’s address to the Corinthians for a clear and very common example:

To the church of God that is in Corinth, to those sanctified in Christ Jesus, called to be saints together with all those who in every place call upon the name of our Lord Jesus Christ, both their Lord and ours…

If Christians are saints, and not sinners, then why do Christians refer to themselves so often as sinners and almost never as saints?  I came up with four possible explanations. You may think of more (or better) explanations. Here are my four thoughts:

And all of this is true of course. We were born sinners.  We still sin.  Thus, in a very real sense, we are still sinners.  We feel the tension Martin Luther expressed so well: Simul iustus et peccator [at the same time, we are righteous and sinners]. Our problem is that the apostles and writers of the New Testament refer to Christians as saints, not sinners. Our experience makes us feel like sinners. (So, Paul would call himself the chief of sinners, yet he referred to believers in the churches as saints).  There is serious tension.

Third, let’s be honest—we are not comfortable being called saints. Going by the name sinner is easy. It sounds humble—“I’m just a poor sinner.”  It relieves our responsibility (and even guilt?) somewhat because we can identify with every other Christian who knows he, too, is just a poor sinner.  We commiserate.

Such thinking might also build a certain level of defeatism into our spiritual psyche.  When it comes to exercising spiritual discipline in the morning, it’s easier to slide into sinner mode than saint mode.  When it comes to fighting temptation toward lust, laziness, or lack of evangelistic zeal, we have an easier time consoling ourselves of our failures when we think of ourselves as failures—as sinners.

But the New Testament thinks of us differently. Peter, for instance, reminds his readers,

“You are a chosen race, a royal priesthood, a holy nation, a people for his own possession, that you may proclaim the excellencies of him who called you out of darkness into his marvelous light” (1 Peter 2:9).

Wow, that’s a high calling!  Peter and Paul tell us we are saints, holy, royal, and chosen. They do not say we are sinners, partly because (as a biblical category) sinners are condemned (see Paul in Romans 3:7, Peter in 1 Peter 4:18).  Mostly, they use saint as a reminder of our high calling in Christ.

Fourth, we might be confused about the term saint. What does it even mean?

Basically, a saint (‘agion) is a person who is sacred, holy, or “set apart.”  It does not mean super moral or super righteous Christians.  All Christians are called by God, set apart from the world.  We are no longer in the darkness, but we have been transferred into the light, into the kingdom of God’s beloved Son.  As such, we are saints by God’s calling.

The Apostle Paul explains this concept in Romans 6:12-14:

Let not sin therefore reign in your mortal body, to make you obey its passions.  Do not present your members to sin as instruments for unrighteousness, but present yourselves to God as those who have been brought from death to life, and your members to God as instruments for righteousness.  For sin will have no dominion over you, since you are not under law but under grace (ESV).

Paul is borrowing temple language. In the temple, there were instruments set apart for use in temple service. What was the difference between a

firepan in the temple and a firepan used, perhaps, in a pagan temple?  Nothing, materially speaking.  But everything in a spiritual and theological sense!  One was pleasing to almighty God and used for worshiping him.  The other was abhorrent to God and used to commit idolatry against Him.

Paul reminds us that we are called (set apart, saints) to be useful in worshiping God, not to be useful in the idolatrous practices of our past (or those present in the world).  We should remember our calling to be set apart. We should remember, as Paul told the Philippians, to let our lives be lived in a manner worthy of the gospel to which we have been called.  Today, we are to be instruments useful to God, set apart for His good purposes. We are His saints today. Therefore, we must go and be useful for God.

Billy Joel, it seems, got two things right. There are sinners, and there are saints. Which one are you today?