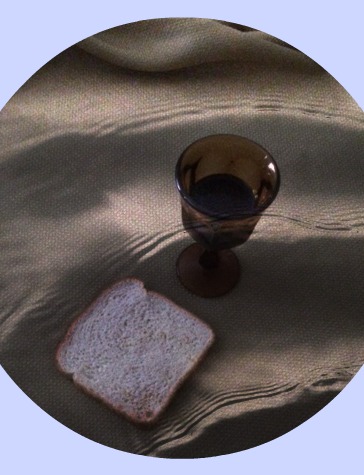 “In 1530, not even two decades into the Reformation, Martin Luther lamented the way that Christians viewed the sacrament of the Lord’s Supper, stating that ‘people now regard the holy sacrament of the body and blood of our Lord so lightly and assume an attitude toward it as if there were nothing on earth which they needed less than just this sacrament.’”[1] 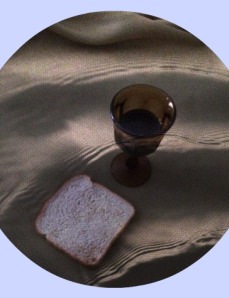 When I first read that quote, I thought—Wow! If Luther thought the Lord’s Supper was treated casually in his day, what in the world would he think about our treatment of it today! I heard of a group of Christians who thought they could take the Lord’s Supper in their dorm room using Twinkies and Kool-aid. Even in established churches one gets the idea that the Lord’s Supper is often nothing more than a procedural stamp of approval so the service can conclude. There are even “all-in-one” disposable Lord’s Supper kits—wafer and grape juice in a single hygienic package to get the deed done in rapid-fire succession.

But historically speaking, the bread and the wine have been subjects of the utmost importance. A century or two before the arrival of Martin Luther, men like John Wycliffe were risking their lives to expound a biblical view of what we now call the practice of the Lord’s Supper.  Wycliffe escaped martyrdom, but not persecution. Indeed, he was ultimately condemned as a heretic by the Council of Constance in May of 1415—four decades after his death. Here is the Council’s condemnation of Wycliffe:

Furthermore, a process was begun, on the authority or by decree of the Roman council, and at the command of the church and of the apostolic see, after a due interval of time, for the condemnation of the said Wyclif and his memory. Invitations and proclamations were issued summoning those who wished to defend him and his memory, if any still existed. However, nobody appeared who was willing to defend him or his memory. Witnesses were examined by commissaries appointed by the reigning lord pope John and by this sacred council, regarding the said Wyclif’s final impenitence and obstinacy. Legal proof was thus provided, in accordance with all due observances, as the order of law demands in a matter of this kind, regarding his impenitence and final obstinacy. This was proved by clear indications from legitimate witnesses. This holy synod, therefore, at the instance of the procurator-fiscal and since a decree was issued to the effect that sentence should be heard on this day, declares, defines and decrees that the said John Wyclif was a notorious and obstinate heretic who died in heresy, and it anathematises him and condemns his memory. It decrees and orders that his body and bones are to be exhumed, if they can be identified among the corpses of the faithful, and to be scattered far from a burial place of the church, in accordance with canonical and lawful sanctions.

Why dig up a man’s bones and burn and scatter them forty years after he died? Because his crime was so heinous that his bodily remains could not be allowed to rest among the “faithful.” And what were these awful crimes? The Council enumerated 45 different anathemas of which it found Wycliffe guilty. Interestingly enough, the first 5 of his crimes were directly related to the bread and wine of the Lord’s Supper. The Council pointed out that Wycliffe believed

For these beliefs about the Lord’s Supper, Wycliffe’s body was exhumed and destroyed. He was condemned forever as a heretic. Today, most Protestants agree with Wycliffe’s observations about the Roman Catholic mass and its insistence upon the doctrine of transubstantiation (where the wine becomes the blood of Christ and the bread becomes his flesh).

While we can be glad that we are free to believe and practice the Lord’s Supper as we think it is taught in Scripture, we should not be casual or indifferent towards this ordinance. It is specifically commanded by Christ for us to practice, and it is designed by Christ for us to remember his sacrifice on our behalf and proclaim his greatness until he returns.

A great many of our Christian fathers have been persecuted—and some have even died—for the right to celebrate the Lord’s Supper by faith according to the Scriptures. The next time we go to take the bread and the wine, let us remember that this is no small practice. It has been ordained by Christ Himself so that we will remember him and preach him to the watching world. Let us remember that Christ died for our sins according to the Scriptures. Then let us obey our Lord’s command,

“Drink of it, all of you, for this is my blood of the covenant, which is poured out for many for the forgiveness of sins.”

[1] Matthew Crawford, “On Faith, Signs, and Fruits: Martin Luther’s Theology of the Lord’s Supper,” in The Lord’s Supper: Remembering and Proclaiming Christ Until He Comes, NAC Studies in Bible and Theology (Nashville: B & H Academic, 2010), 193.