In my Sunday preaching, I am deep into a quest to cover each book of the Bible in a single sermon. I started preaching this single book series over one year ago, and I have now reached 2 Corinthians. 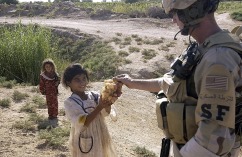 First, notice how generously the Macedonians gave. Though poor, they were wealthy in giving.

We want you to know, brothers, about the grace of God that has been given among the churches of Macedonia, for in a severe test of affliction, their abundance of joy and their extreme poverty have overflowed in a wealth of generosity on their part. For they gave according to their means, as I can testify, and beyond their means, of their own accord, begging us earnestly for the favor of taking part in the relief of the saints… 2 Cor 8:1-4, ESV.

Second, ponder the striking paradox between their poor circumstances and their generous giving. 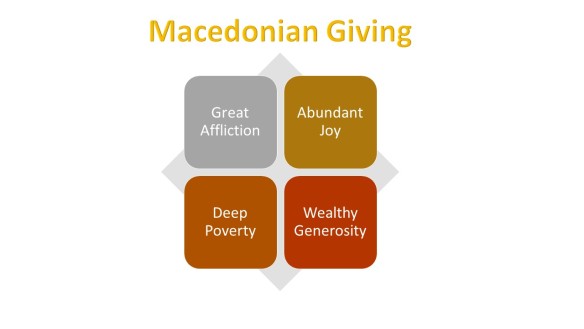 But there is more to the story than simply generous giving.

Third, notice the intense desire the Macedonians possessed. Paul says—even though they lacked the means—they begged earnestly to participate. Poor Christians begged for the opportunity to contribute to a love offering! I’ve never seen anyone–rich or poor–begging to give an offering to help suffering saints.

“Yet they are an example, not of generosity, but of the grace of God.”

For Paul, the appeal to the Corinthians is not guilt, but grace. God’s grace empowered the poverty-stricken Macedonians to give. Likewise, God’s grace would also empower the church at Corinth to give generously.

If Paul had tried to shame them, the Corinthians may have been able to put up a defense against guilt. But what church would ever defend herself against grace? We love to receive grace from God. And Paul says, in effect, that receiving grace means giving grace.

Listen to Seifrid’s exposition of this profound reality about God’s grace and Christian giving:

“Paul also makes it clear that he understands the Macedonian act of giving as the reception of a gift from God. God is present and active in human giving in such a way that human givers are finally mere receivers.”

Amazing grace from an amazing God! The poor Macedonians were made rich enough to give away generously. May God’s grace make us so rich!