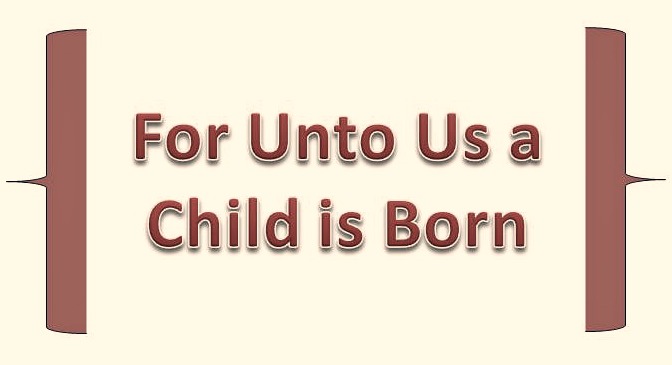 (The following blog first appeared under the title Savior Siblings and Septic Sons.)

“Unto Us, a Savior Is Born in France,” such is the triumphant tone of the science headlinesfrom across the pond in

France, where the latest “savior sibling” has arrived.  He is a healthy baby boy, weighing in at just over 8 lbs.

The first “savior sibling” was born in the U.S. back in 2000.  His name is Adam Nash.  Blood from his umbilical cord was used to save his sister’s life and caused no physical harm to him. Success!

Nevertheless, the concept of a “savior sibling” should trouble us in at least 3 significant ways:

(1) It devalues all human life by making one human being the instrument by which another human being prospers. Just as slavery devalued all human life by acting as though some people were not “really persons,” so, too, savior siblings have the same effect of saying that one person’s life is valued only insofar as it serves someone else, someone prior, someone superior.

(2) It leads to a kind of enslavement.  Consider, for example, the movie My Sister’s Keeper.  In that film, the savior sibling was expected to donate a kidney for her dying sister because this is what a savior sibling does.  Such scenarios are not potentialities; they are necessities of this way of thinking about human beings. The concept of kidney donation is lost to the concept of coercion.  Coercion is not donation.

(3) It makes gods out of scientists—and that is never a good thing.  Through IVF, scientists screen and discard many embryos, getting down to the genetically perfect match for the ailing sibling.  Already, human entities have been discarded, and this new savior child has been designed for the purpose of serving as a farm-like feeding trough of anatomical parts for parents to use in saving their favored child.

Anytime any form of human life becomes “less than human” or “not worthy of life” (as the Nazis would say), then door is opened to killing for a “higher” cause, thus fulfilling Romans 3: “Their feet are swift to shed blood; in their paths are ruin and misery.”  The concept of savior siblings is built upon the notion that someone has a right to design and utilize the birth of a human being for the purpose of enhancing the life of another human being.  This is wrong because it devalues one human being in the face of another, defying the reality that each one of us (male and female) is created in the image of God.

Because of abortion, we have become quite dull in discerning the value of a human life.  Consequently, we find that some women are comfortable with having abortions, while others are ok with flushing their babies down the toilet (or at least trying to).  How do we get to a place in which a woman thinks it is all right to flush her son into a cesspool to die?  By devaluing human life in the womb.  If she could have killed the baby while it was in the womb, then why should she not be able to kill the baby once it comes out?  Again, the logic is sadly unavoidable.

I don’t think we should be bit surprised that parents with the help of doctors and scientists are designing babies to serve the needs of their unhealthy offspring. Parents want healthy children.  And science wants something new–anything new.  Upholding the value of human life has actually never been the strength of a godless science.

The 19th Century seeded the scientific psyche with the eugenics that was quickly employed in Nazi Germany (more slowly in the U.S. through Margaret Sanger and Planned Parenthood).  The 20th Century saw the Tuskegee

experiments, the perverted Kinsey “science” of sexuality, and the celebration of “Dr. Death.” These examples make clear that Science alone cannot uphold the value of human life because science is, primarily, nothing more than a method of inquiry designed to increase knowledge.

Science is a quest for knowledge; it needs to have philosophy to determine the boundaries of where its inquiries might take place.  With a Judeo-Christian philosophy as its guide, science is able to progress in a positive direction which heals.  Without such a philosophy, science doesn’t care if it kills.

We cannot trust science alone to advance humanity.  The task is too great.  Humanity is a subject to be defined by philosophy and theology.  We must be awakened from our darkened stupor concerning science and its limits or we will see further horrors in the days to come.  It really is bad enough that we have savior siblings and cesspool sons. These are not oddities. These are explainable phenomenon based on our devaluing of human life in the womb.  As long as we are comfortable embracing abortion, we will see more sickening displays of our disregard for humanity.

That, at least, is my opinion. You are free to share yours. What are your thoughts on Savior Siblings? Were you aware of them? Do you agree that they represent a further devaluing of human life?

2 thoughts on “What Are Savior Siblings? 3 Concerns We Must Address”