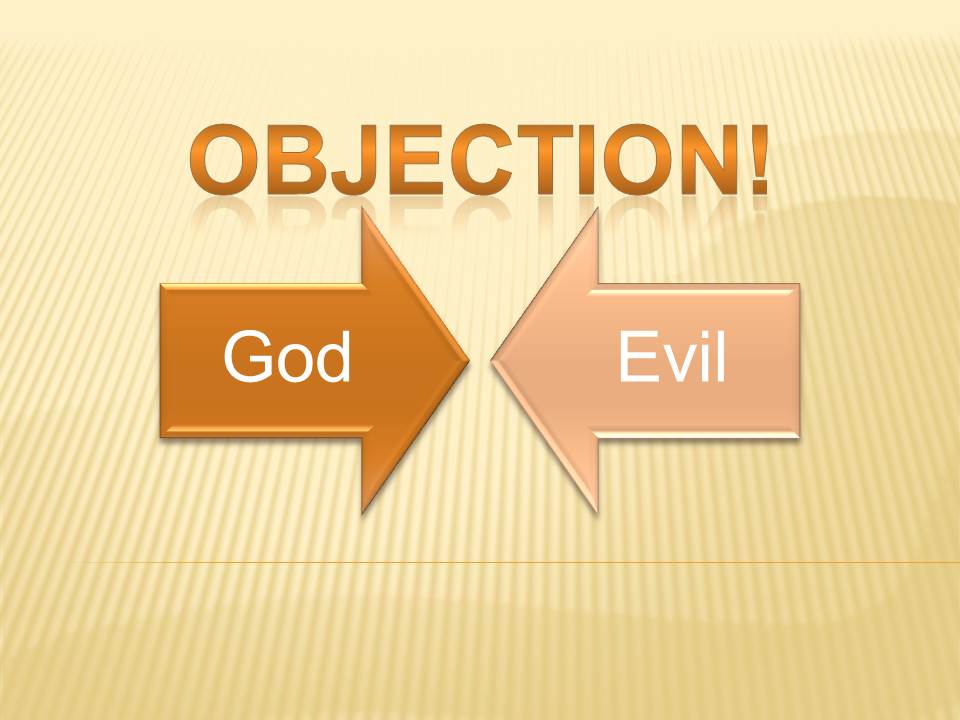 Basically, my argument is that the immediate cause of the deaths is rightly placed upon Adam Lanza, who alone was

responsible for killing more than two dozen people in Newtown, Connecticut.  He will be held accountable by God for his sinful, murderous actions. However, God was not absent from the horror. Ultimately, God—secretly and mysteriously—was (and is) causing it all to work together for a greater, eternal good.

Objection one says that this argument does not go far enough. Instead, the argument should state not only that God was present, but that He was also present specifically to enact His judgment.  In other words, God caused the event to happen to exact His judgment against America and, especially, America’s schools.

So, the question becomes, was this an action of God’s judgment on American schools for rejecting Him and removing prayer?  No, I don’t think it was.

Here’s why I say “no.” I have no hesitation stating that God exacts His perfect justice against sins.  God punishes the wicked.  He is gracious and compassionate, slow to anger, and abounding in steadfast love, but He will by no means leave the guilty unpunished (see Exodus 34:6-7).  Every evil action, thought, and deed will face the bar of perfect justice, and our God is a consuming fire! He will, in fact, cast souls into Hell (Luke 12:5), and He will ultimately usher in a new heaven and a new earth for all who believe. Thus, it is always a fitting word to say,

“See to it that you do not refuse Him who is speaking. For if those did not escape when they refused him who warned them on earth, much less will we escape who turn away from Him who warns from heaven” (Hebrews 12:25).

Nevertheless, God’s judgment is better directed than the bullets at Sandy Hook. God’s judgment is precise and exact—even down to the thoughts and intentions of the individual heart.  So, what evidence is there which suggests these particular kids were guilty of the particular sins God supposedly judged on this occasion? The kids weren’t responsible for prayer being removed from their schools.  They probably had no knowledge of any of the lawsuits which led to the excising of God from student classrooms. Yes, God judges—but not haphazardly!

Consider Christ’s teaching in this regard from Luke 13:1-5,

Notice that there were people who wanted to ascribe a slaughter to the judgment of God.  Jesus quickly corrected those justice-mongers who hoped to tie the tragic events of his day directly to the hand of God.  No one knows for sure what event is being spoken of here in Luke 13, but the point is plainly stated. Jesus turns the situation into a rhetorical question of great significance: Do you really think these people died because of their particular sins? No, there was no way to tie their deaths to any immediate sin committed by them. Thus, the deaths could not be ascribed to the judgment of God in any particular sense.

The same is true for the tower of Siloam.  A dozen and a half victims unexpectedly perished in an instant, when the tower fell upon them. Was that the hand of God’s judgment against them? Jesus says, no. Whether slaughter (the Galilean example) or accident (the Tower of Siloam incident)—the lesson from mass tragedies is NOT to point the finger and say, “Those people must be great sinners, for God has judged them.” Rather, the point is for every survivor to point to himself and say, “God have mercy on ME, a sinner.”

Tragedies–whether tsunamis or school shootings–are reminders of the fixed reality of God’s ultimate judgment over humanity.  All are under the curse of sin and death. Thus, any could die at any given moment.  And we all need to seek the remedy God gives us in Christ.

Objection Two moves in the opposite direction and says, “God had nothing to do with Connecticut, and it is unhelpful, if not downright hateful, to suggest that he did.” The answer to this objection is next… stay tuned.