No one needs to ponder whether Christians in Palestinian territories are suffering terribly. They are. Who’s to blame?

There are very strong voices in the media and in political circles who point out that Israel is the country doing all the killing. Sure, Hamas is firing hundreds of missiles into Israel, but they don’t end up killing anyone because of Israel’s advanced “Iron Dome” defense systems.  Meanwhile, Israel’s rockets do reach their targets, and, so, more than 100 Palestinians have been killed in recent fighting. Palestine has been an area of Christian influence for centuries. And Israel has been an unwelcome occupier of the land since 1948. Protected by her western allies, Israel is responsible for exerting its disproportionate force in such a way that Christians in Palestine are the ones who end up suffering.

Against this view, there are those who argue that Israel has done no wrong. They point out that Hamas—a known Islamic terrorist organization—has been in control of Palestine since 2007.  In the last decade more than 4,000 rockets have been fired into Israel from Gaza.  The rockets are fired by Hamas, Al Quds, and others, who launch the rockets from hospitals, elementary schools, and apartment buildings in order to prevent Israel from fighting back.  If Israel were to fight back, she would inevitably kill civilians, which would then create “martyrs” for media manipulation.  The entire affair is as cynical as it is sordid.

What if—instead of being sucked into the bi-polar, geo-political warfare being waged from both sides—what if we could hear directly from Palestinian Christians? Maybe we can. They have been speaking out for the past couple of years.  From a 2012 Gatestone Institute report,

In a rare public protest, leaders and members of the 2,000-strong Christian community in the Gaza Strip staged a sit-in strike in the Gaza Strip this week to condemn the abductions and forced conversions in particular, and persecution at the hands of radical Muslims in general.

Most of us are not experts on the political machinations of the Middle East. We rely on news reports, testimonies, and research we hope we can trust. And we must do our best to make sense of a situation that always seems to inflame passions more than light the way of truth. It isn’t easy. But here’s a thought.

Given the fact that these Christians are living in Hamas-controlled Palestinian territories, they would be applauded by their government and by the sentiments of the general population if they blamed Israel. Blaming Israel would be the most natural, most agreeable, and most simple statement for them to make.  But they have been doing the opposite. They have been protesting the treatment they are receiving at the hands of Hamas and their own leaders.  They have been saying that their people are being kidnapped and forced to convert to Islam. And they have said this publicly at their own risk:

The protest has further aggravated tensions between Muslims and Christians in the Gaza Strip, which has been under the control of Hamas since 2007.

Leaders and members of the Christian community now fear reprisal attacks by Muslim extremists. Some have appealed to the Vatican and Christian groups and churches in the US, Canada and Europe for help. 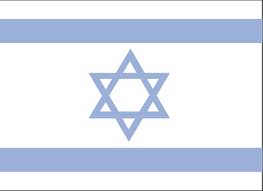 speak out against Israel. Thus, I tend to believe that Palestinian Christians are in fact being persecuted by and, consequently, have been suffering at the hands of Hamas and other Muslim radicals in Gaza.

I’m not saying that Israel is always right. I don’t believe that. I don’t even believe that the land and geopolitical entity we now call Israel is particularly favored by God (as I have explained here).  There is no doubt that Israel’s wartime mentality is creating a terrible hardship for many, even if Israel has taken the unprecedented step of announcing ahead of time where and when she will strike. (See here for particular stories with varying degrees of blame toward Israel).

At the end of the matter, of course, it does not matter who is to blame as much as what will we do? Will we help them with our prayers (1 Cor 1:8-11)?  Above all, let us pray that Christ Himself would be their strength, their hope, and their refuge through this awful storm in which they seem to have lost all their earthly allies.

One thought on “Who Is Persecuting Palestinian Christians?”