This past May, a young Christian woman was under assault from her Muslim neighbors in Pakistan. According to Open Doors, Sonia Gill, 23, was accused of insulting the prophet Muhammad by using an old banner bearing the prophet’s name as a covering for her floor. As it turns out, the banners she used were old political banners, nothing related to Islam. 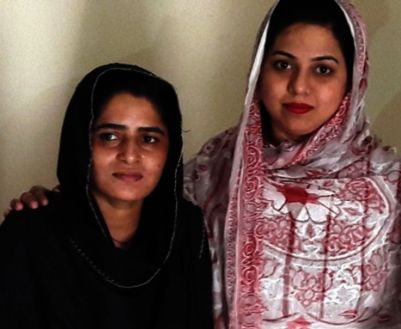 Still, a mob gathered outside of Gill’s home. The local mosque leader filed official charges against Gill, accusing her of blasphemy under Pakistan’s anti-blasphemy law (295-c). Faced with serious accusations (which could lead to the death sentence), Gill was advised by Muslims and fellow Christians to flee. But she did not.

She would not leave even though the anger of the mob was raging hot against her and her household. In one sense, Gill’s story is one of courage. In the face of threats to her freedom and safety, she stood her ground.

In another sense, however, her story is much more profound. It is a story of love. When asked about her decision to stand firm rather than to flee, Gill replied,

“If I flee, what would happen to my Christian neighbors and their houses?”

In her reply is the Spirit of Christ. As our Lord said, “A greater love has no man than this, that he lay down his life for his friends” (Jn 15:13). Our good shepherd not only laid down his life for his sheep, but he also gave his spirit to his followers and instructed us (by faith) to love others as Christ loved us (Jn 13:34-35).

Sonia Gill willingly made herself a target in order to protect her Christian neighbors. Her actions exceed courage and bear the sure mark of Christian love. Her love was apparently rewarded, too. According to the story, a local Muslim leader has begun taking actions on behalf of vulnerable Christians.

Led by Chief Minister, Shahbaz Sharif, local authorities are considering establishing a minorities’ protection cell to offer security for Christians like Sonia Gill. Join in praising the Lord for protecting Gill and her neighbors in this village in Pakistan. Give thanks for Sonia and pray for her continued faith. Pray for these local leaders like Shahbaz Sharif, that they might uphold truth and justice–especially for vulnerable Christians.

For more about Christian Persecution in Pakistan, see here.